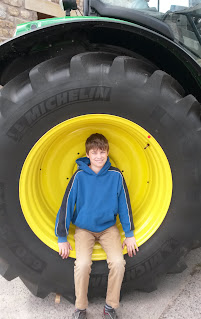 We had a busy day yesterday. In the morning we visited a farm which was taking part in the Open Farm day. It wasn't very far away so we thought we would go and have a look. We had a nice walk around and saw a cow having it's foot trimmed and Luke had a good look at the tractors! 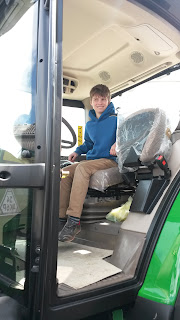 In the afternoon Mark and Luke put the new shed together that is going to be the new hen house. It didn't take that long to do and I am sure the hens will love it. 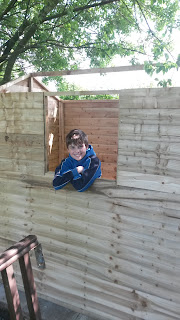 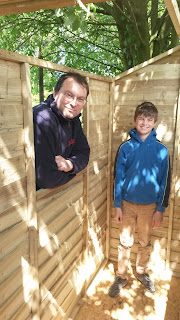 I did lots of weeding and tidying up. We have some lovely red poppies just flowering which add some colour to the garden. 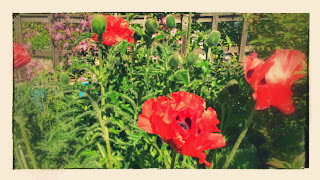 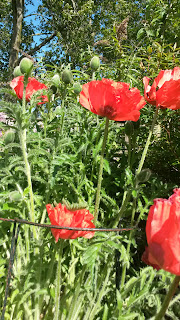 Luke also cut the grass which meant Mark could get on with some other jobs in the garden. 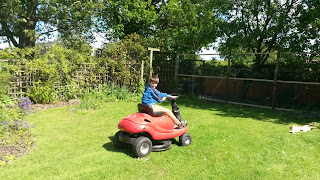 William made a cheesecake as a practice as he is making one at school and wanted to try out the recipe he had found. He decided to make a chocolate cheese cake which was lovely. The base was a little too sweet so he has adjusted the recipe and hopefully he will have the right mix when he makes it at school on Monday. 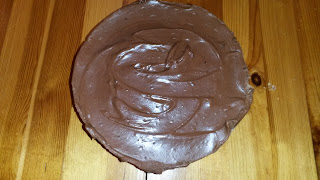