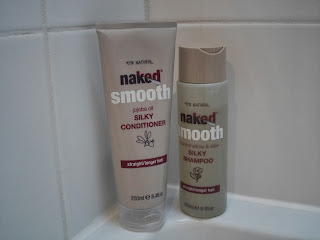 Naked Bodycare recently sent me their Smooth Silky Shampoo and Smooth Silky Conditioner to try. The first thing I noticed when I opened the shampoo was the lovely fragrance, it really did smell good enough to eat (although I wouldn't recommend eating or drinking it!!!) The shampoo has a marshmallow and aloe fragrance, not two products that I would have combined but it really does work. The shampoo was just the right consistency, lathered well and rinsed out easily. The conditioner contains jojoba oil as it is a super rich, deeply conditioning liquid wax that coats the hair shaft to help reduce frizz and give hair the appearance of satin sheets. My hair is prone to frizz and I was pleasantly surprised at how well it tamed my normally frizzy locks. I'm not sure my hair ended up looking like satin sheets but it did look sleek and shiny after a couple of washes.

I tend to find that natural products generally are much more expensive however both products are 97% natural and are very reasonably priced at £3.99 for 250ml

Overall these are great products and I will certainly be buying them again.
Posted by cath at 16:19 No comments:

We are very lucky to have a huge garden and we enjoy spending time in it when the weather is good. We have done a huge amount of work over the last 9 years converting it from a field and it is finally starting to look like like we want it to. When I was a child, playing cricket in the field and climbing over the silo clamp I never imagined that one day it would become my garden! There have been times over the years when we didn't seem to be getting anywhere and I couldn't see us ever finishing but we have persevered and despite some dreadful summers have managed to complete a major project most years. 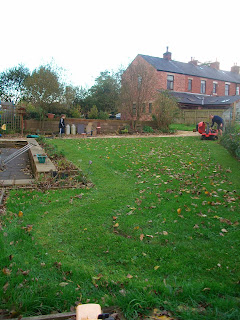 Having a big garden and lots of space means we can have bigger outdoor toys and one of our best buys was the BERG go kart that we bought a few years ago. The seat is moveable and means everyone can use it, adults too. A project for the future is to build a go kart track in the field and all the boys, big and small, can use it for races. 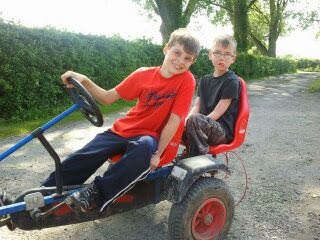 When I saw the competition being run by Tots100 and Activity Toys Direct asking us to go fantasy shopping I asked the boys what they would spend £500 on for their dream garden and they both came up with completely different ideas.

Luke decided his money would best be spent on additional parts for his go kart. Here is his list which adds up to £486.50. 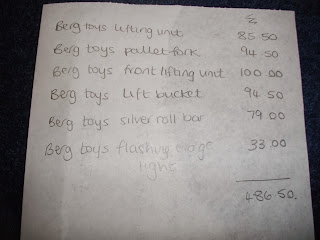 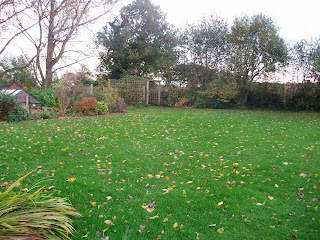 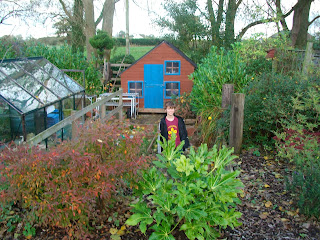 When I asked William how he would spend £500 he came up with a list totalling £496.46. He spent ages studying the website and put a lot of thought into his list. 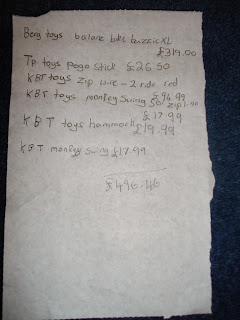 He fancied adding an adventure area to our garden with a zip wire and monkey swing attachment. I thought that was a great idea and Mark could use some of his pioneering skills to construct a frame to connect it to. I can see that we would perhaps need a couple of the zip wire kits as Mark will have lots of ideas for building an adventure playground and it would be a fantastic way of using the garden. William also thought a hammock would be fun and somewhere to relax after he had been bouncing around on the TP Toys Pogo stick. He also added a BERG toys Balance Bike which looked fun and would be a good way to keep fit too. His final item was a monkey swing that we could attach to one of the branches of a tree. 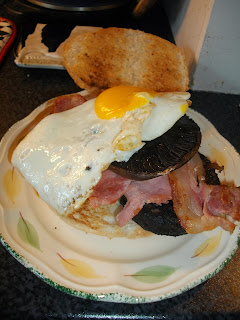 Mark has been salting some loin to make bacon and today was the first chance we had to try it. Breakfast today was bacon, mushroom, black pudding and egg butties and they were delicious!
Posted by cath at 19:12 No comments: 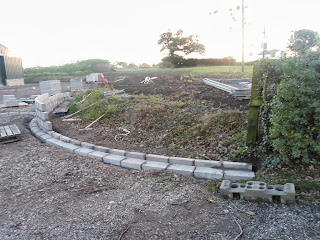 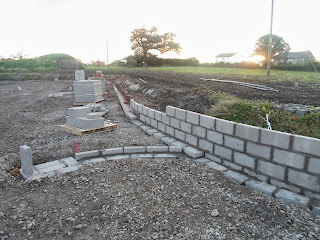 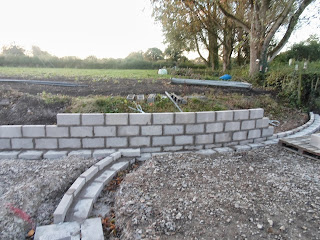 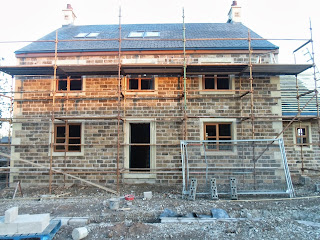 The windows are now being fitted and the fence has come down at the front. 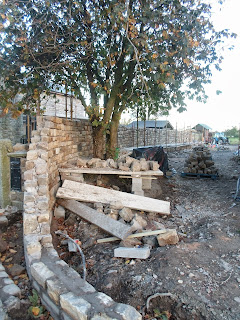 The stone wall at the side of the house is almost finished now and looks very impressive. 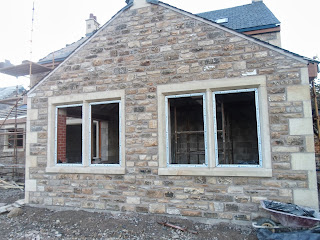 This is the back of the house just before the windows were fitted. 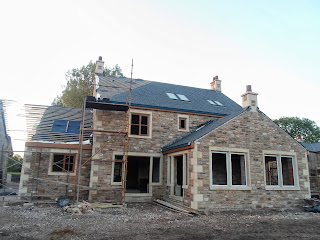 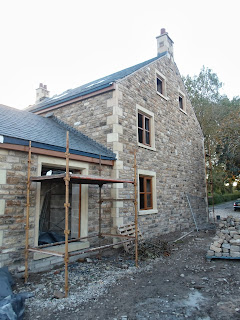 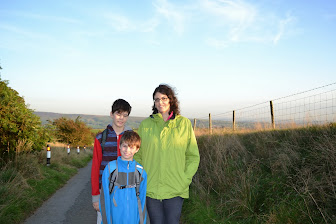 We haven''t been on many walks this summer as we have been doing a lot of cycling. As it was such a lovely evening we decided to go to the local fells and cook hotdogs on the top. 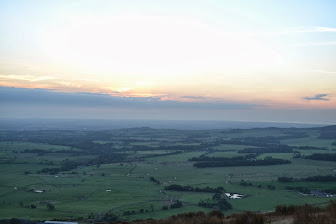 The sun was starting to set and the views were fantastic. 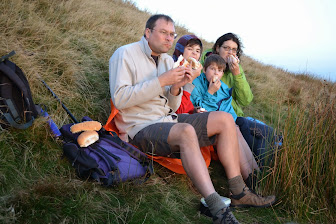 Unfortunately it was very windy as we were climbing up so rather than eat at the top as we had planned we stopped part way up where the fell sheltered us from the wind. We all enjoyed the hotdogs even though it was a little chilly sitting on the side of the fell! 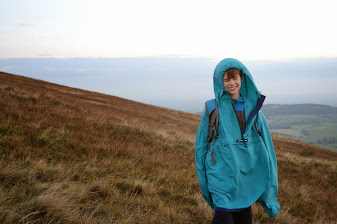 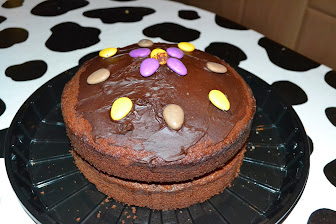 It was Luke's birthday last week so William made him a birthday cake. William is becoming quite an expert baker and his cakes are always really good. He even manages to get the tops to stay reasonably flat, something I still can't master!

Here's Luke blowing out his candles.
Posted by cath at 19:14 No comments: