The Shawshank Redemption is based on a short story by Stephen King and was made into a hit film in 1994 starring Morgan Freeman. We went to see the stage version at the world famous Blackpool Opera House, which has been adapted for the stage by Owen O’Neill and Dave Johns and directed by David Esbjornson. 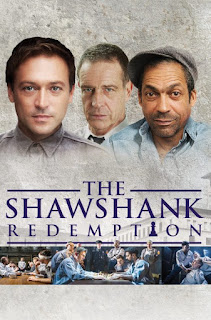 I always find it easier to find out the story before I see a play so Mark filled me in on the plot which is basically as follows. Andy Dufresne (Paul Nicholls) is given two life sentences for the murder of his wife and her lover, he protests his innocence but is found guilty and sent to Shawshank State Penitentiary. Once inside he meets prison “fixer” Ellis "Red" Redding (Ben Onwukwe) who he befriends, Red helps him adjust to the brutal physical and mental ill treatment that is part of prison life. Sadistic and corrupt warden Stammas (Jack Ellis) wants to use Andy’s accountancy skills to help him launder prison money, which he goes along with to help make prison life bearable.

This often violent tale of hope against adversity is set inside a maximum security prison.  Not only must Andy learn to survive the brutality of the prison guards but there is also the violence of fellow inmates to endure. The handling of the gang rape by the “sisters” was always going to be a tricky scene to portray but we felt it was very well handled and lost none of its impact.

With a very impressive set, you really felt you were in  prison, the walls were shabby and the use of lighting was very effective at highlighting the claustrophobic feel of the prison.

This all male cast of 12 was very strong, unfortunately at times the sound was muffled and it was difficult to hear the dialogue though this did improve as the night went on. Whilst Red befriends  Andy, Ben plays the role with a sharp edge, he is after all a triple murderer in a high security prison.

Paul Nicholls is excellent playing the role of the mild banker, never losing hope and patiently biding his time whilst Jack Ellis, who is more familar to me as prison officer Jim Fenner in Bad Girls, portrays the vile prison warden Stammas with ease.

Mark being a fan of the film wondered how the play would work on stage. Would the plot be over-simplified? How would the ending be portrayed?
He was actually impressed with how it was done and his only criticism being he felt Stammas comeuppance was glossed over a little too quickly. Not having seen the film I didn't notice this.

The final scene was a little awkward as the scenery seemed to stick but other than that the play was excellent and Mark felt the story had been adapted skilfully losing none of its original impact.

The Shawshank Redemption is playing at the Winter Gardens until Saturday 19th November so if you are close to Blackpool is is definitely worth a visit. We had a really good evening out as did the rest of the audience judging by the standing ovation at the end of the performance.

After our visit to Bovington Tank museum which you can read about here we visited Lulworth Cove. Lulworth Cove was formed approximately 10,000 years ago by the awesome powers of a river and the sea. It really is a beautiful place, although it was a bit chilly being a late afternoon at the beginning of November. 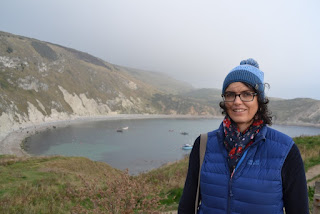 We had a quick walk round as it was quite chilly and then drove to Durdle Door which looked stunning in the late afternoon sun. 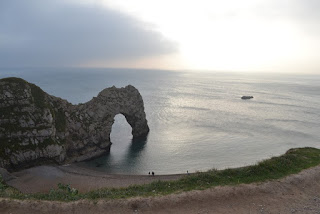 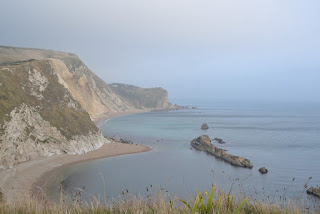 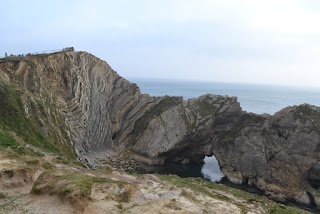 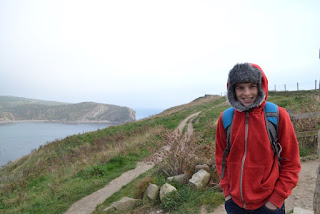 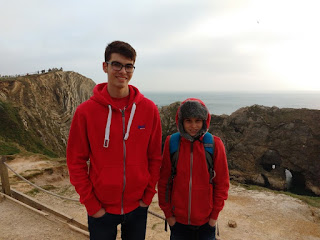 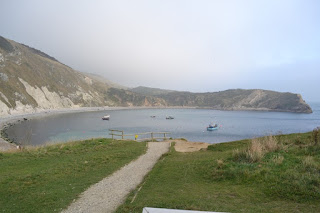 Whilst we were in Hampshire last week we visited Bovington Tank Museum  - we couldn't resist taking this picture!! 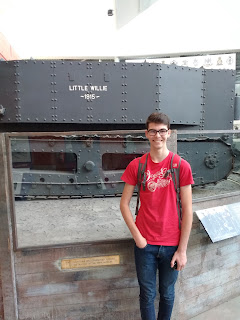 I have been a couple of times before but this was the first time William and Luke had been to the Tank Museum. There is plenty to see and William, being a fan of the World of Tanks game especially enjoyed seeing the tanks he uses on the game.

The exhibitions at the Tank Museum tell the story of armoured warfare from World War One to the present day. There are six large halls to explore where you come face to face with vehicles that have seen action in all the major wars of the 20th Century and hear first-hand accounts from those who fought in them.

The museum exhibits over 300 vehicles and is regarded as the best in the world. The collection includes the world's first ever tank - Little Willie, the feared German Tiger tank and the modern Challenger 2. 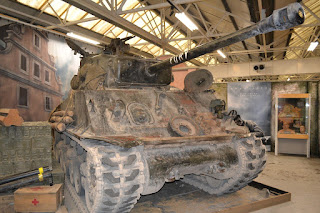 I haven't seen the film Fury, starring Brad Pitt but William and Mark both have and really enjoyed it. The Tank Museum worked with the film makers and loaned them some tanks for the production. There was a very interesting display about the making of the film and the volunteers from the museum who were involved in the film. Being a charity they really thought hard about being part of the film and I was pleased to hear that the film has brought lots of publicity to the Tank Museum and really raised their profile which will ultimately benefit the charity. 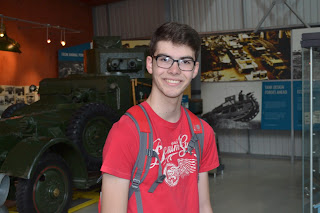 One thing we noticed was how little space there is in a tank, Luke was the only one who didn't struggle looking in the tanks! 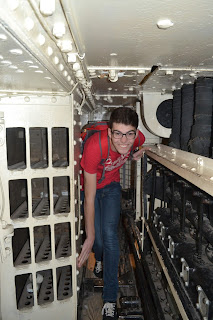 We really enjoyed our visit to the museum and if you are in the area it is well worth a visit. The family ticket we bought is valid for a year so if you live nearer than we do it is great value for money. 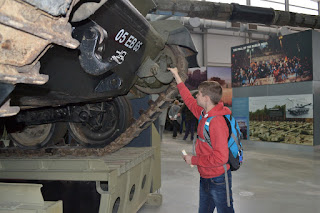 This week the sheep arrived so Luke is checking them every night. I went with him today to count them. 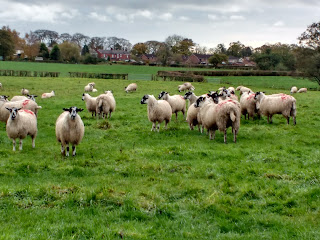 He loves going down the field on the quad and is a very careful driver. 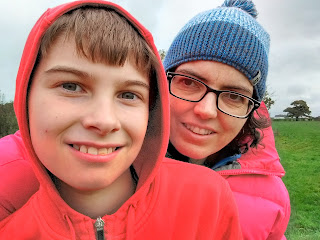 We will have the sheep until Spring and then they will return to the fells. 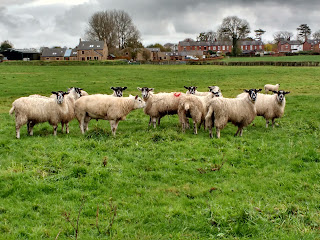 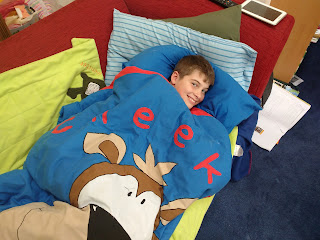 Ed had a sleepover last night so the boys slept downstairs. Luke was very comfy on the sofa!
Posted by cath at 20:56 No comments: