Mum is a keen gardener and has gained quite a reputation for successfully growing pinapples. She was featured on Gardeners World last year and prior to lockdown was in demand to do talks about her hobby. She has been invited to talk at a number of gardening clubs and other local groups as well as being contacted by a couple who were taming and renewing the walled garden at Thorsby Hall in Nottingham, they had discovered that the garden used to grow pineapples for the hall and wanted to reintroduce pineapples but didn't know how to go about it. 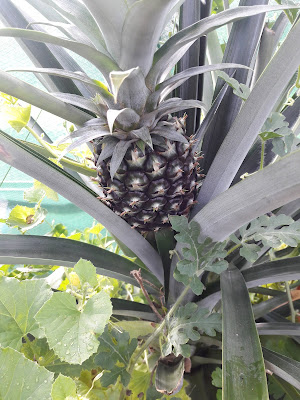 The Gardeners World team contacted her a couple of weeks ago to see if they could feature her clip again and she was thrilled when it was shown on Gardeners World last Friday evening. 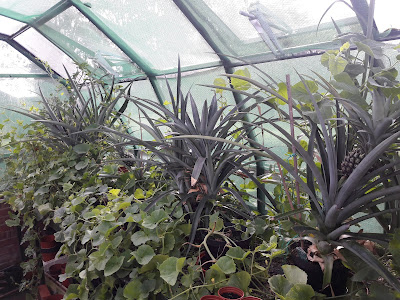 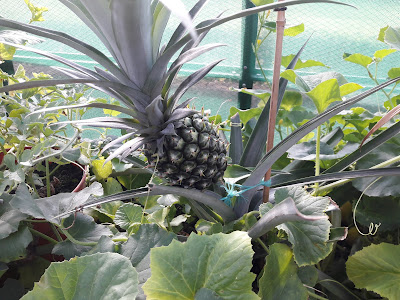 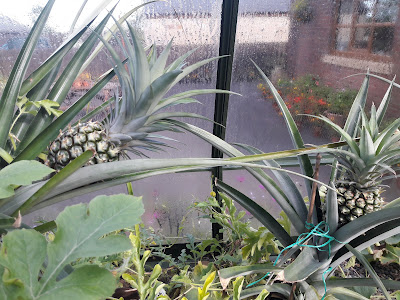 At the beginning of the year we planned a number of trips in the caravan however we only actually managed one of these, a very wet few days in Grange over Sands back in February. We had planned to go to Scarborough at the end of July but due to the corona virus pandemic we ended up having a staycation. Having both worked non stop throughout the pandemic we were more than ready for a break and it was actually really nice exploring our local area. We did lots of walks, even managing a 14 mile walk one day and also did a few rides on the tandem.
The weather was mixed, we had a couple of nice days but then got soaked on a couple of walks too. 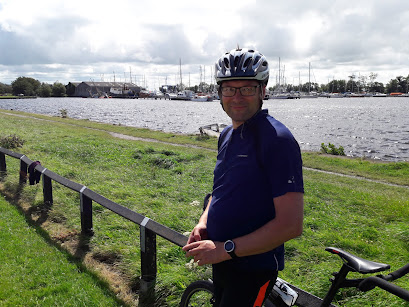 This picture is from a 40 mile bike ride we did, it was the longest ride we have done for a while and it's surprising how quickly you get out of shape. At the beginning of lockdown we did a 60 mile bike ride but once Mark started working Saturdays again we stopped riding and have only just started again and 40 miles was far enough last week. 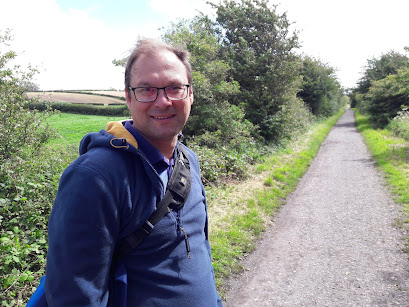 This is the cycle track between Glasson Dock and Lancaster, it was really quiet on the day we went but that was proabably because it was pouring down when we started. At one point we had to shelter under a tree as the rain was so bad but luckily the weather improved and we even got to see the sun on the way back. 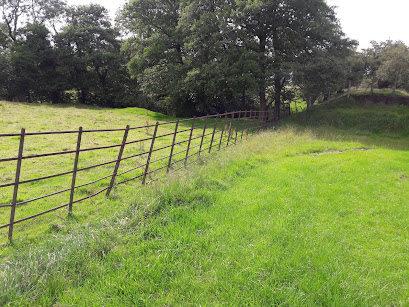 These are the railings on an old train track near where we live. The line was closed in 1957 and we were quite surprised that the railings were still standing and in reasonable condition after all this time. We were even lucky enough to see a couple of deer in the field. 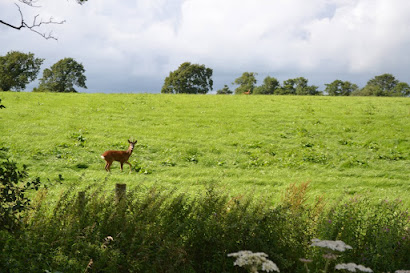 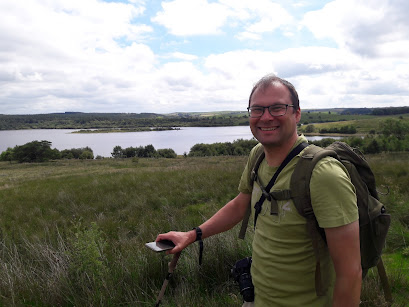 This picture is from a walk we did around Stocks Reservoir. It is a nice gentle walk around the reservoir and there is a handy cafe part way round where we stopped for a drink. 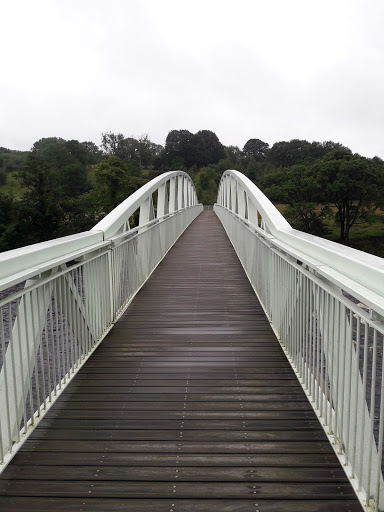 This is a new bridge over the river Ribble on the Ribble Way, the original suspension bridge was washed away a few years ago and this is the replacement. The river is quite a way beneath the bridge and it is was quite a shock when we heard the original bridge had been washed away. It was quite a wet day when we went but again the sunshine came out towards the end of the walk. 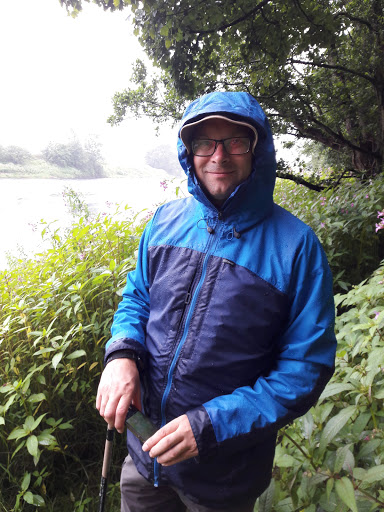 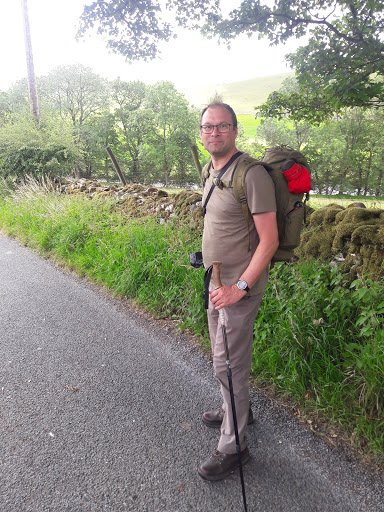 One day we walked from Grassington to Kettlewell, this was 14 miles and quite a walk but the scenery was lovely. The weather was a little changeable but we had our waterproofs so it didn't really matter too much. 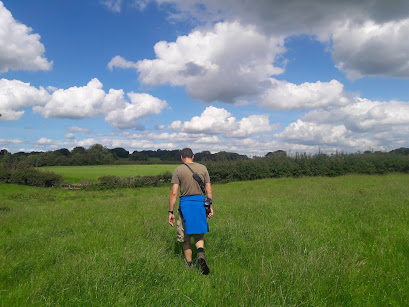 We have a lot of public footpaths near where we live and tend to do the same walks so we decided to try a few different ones, we discovered some lovely walks and will definitely be doing them again. 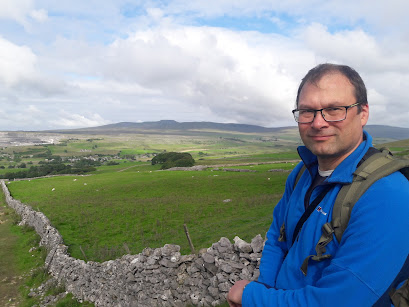 The highest walk we did was Pen y Ghent in Yorkshire, this is one of the Yorkshire 3 peaks. We set off early to make sure we got a parking space and had a really nice day out. 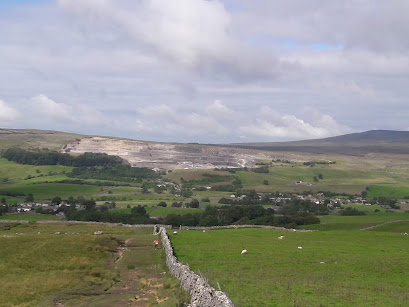 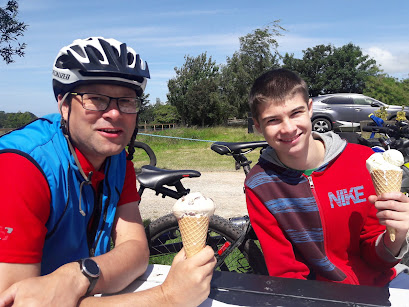 We managed to persuade Luke to come on a bike ride with us and promised him an ice cream. We were just riding up the hill to the ice cream shop when he spotted the "closed" sign. He wasn't happy until we realised that the were had arrived just are they opened and hadn't changed the sign! It's a good job we arrived then as people were already queuing for ice creams and by the time we left the queues were really long!
Posted by cath at 22:44 No comments: