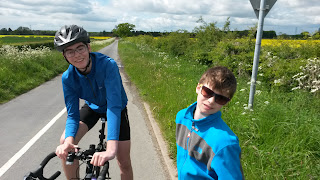 Over Half Term we spent a couple of days in a caravan just outside York. The weather was quite good and we managed a couple of bike rides as well as a day in York. We went into York on the park and ride as that always seems to be the best way to get into the city. 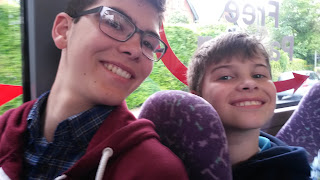 We decided to go to York's Chocolate Story which we really enjoyed. The tour lasted an hour and was really informative and very well thought out. There was plenty of chocolate to taste and we even got to make and decorate a chocolate lolly which was fun. 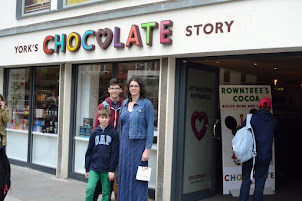 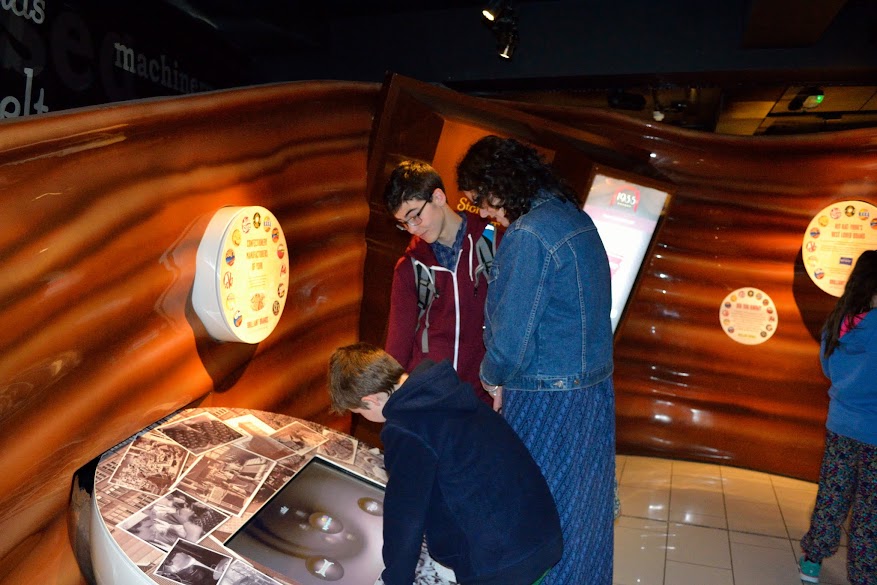 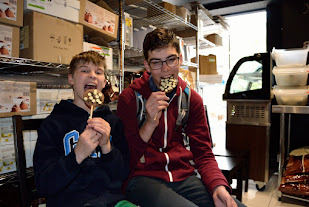 Despite having visited York many times we have never walked around the walls so we decided that we would do that too. It was a lovely walk and we got to see parts that we haven't seen before. 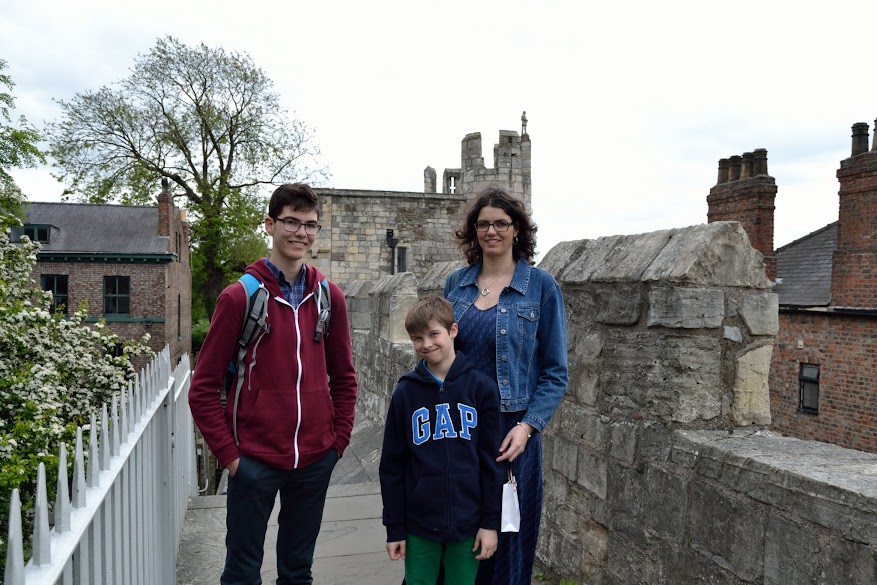 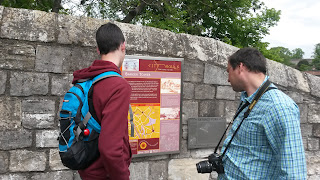 On one of our bike rides we decided to go down a bridlepath, I don't think anyone had been down it for a very long time as the nettles were waist high! William doesn't have a mountain bike so he carried on down the road and met us at the end of the track and he was beginning to wonder where we had got to. 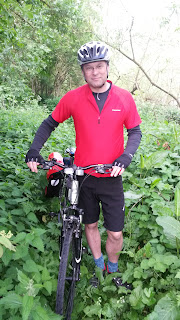 Once we were through the nettles we had to cross the field and the best way was down the tractor tracks. The soil was incredibly hard and it was a very bumpy ride back! Mark and Luke have suspension on their bikes but mine doesn't so it was the bumpiest ride I have ever done. 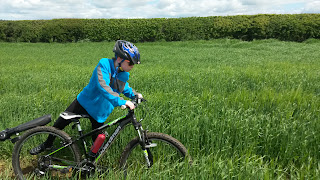 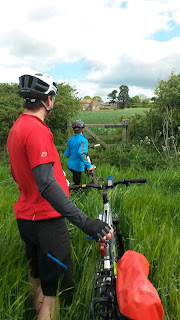 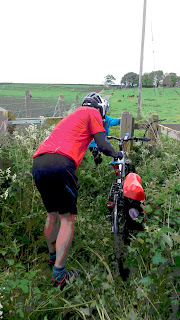 As you would expect Luke enjoyed the off-roading best of all and the bumpy tractor track ride was his favourite part of all.

We had a lovely break and will certainly visit York again.