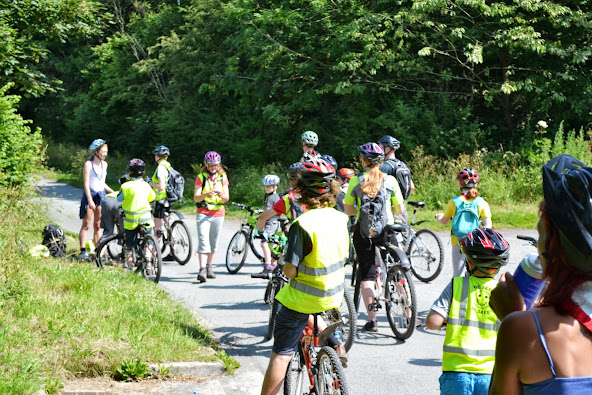 Last Sunday our Scout Group went on a 22 mile bike ride around The Guild Wheel, a route that is mainly on tracks and cycle paths. In total there were 29 people ranging from Beavers to Scout Leaders. It was a scorching hot day and everyone had a great time. We split into two groups, a faster group and a slower group to try and keep everyone moving. William was at the front of the fast group however we stayed at the back to make sure we didn't lose anyone! 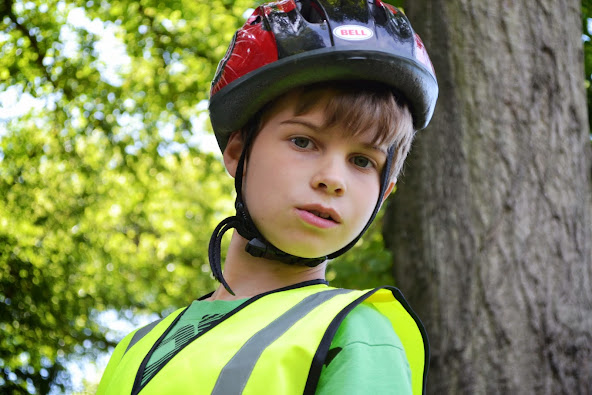 At times it was quite tedious as there were a couple of children who should have been in the slower group and we found ourselves spending a lot of time going very slowly. 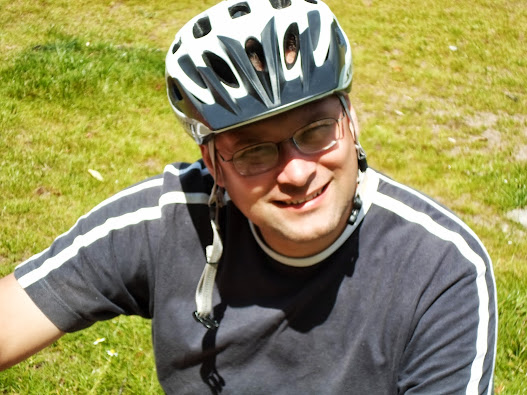 We stopped at the park for lunch, followed by an ice cream and then cycled back to where we had parked the car. Overall it took us 5 hours to complete the 22 mile route and everyone had a fun day out. We went home for a quick change and then had a barbeque at the Scout Hut to end the day.