We recently bought new bikes for ourselves as William had grown out of his and Mark spied the opportunity to get a new bike! William now has Mark's and we decided that it would be a good idea to get one for me too so we can all go out for bike rides. The Scouts had already planned a cycling trip around the Guild Wheel, which is a 22 mile cycle route nearby so we thought we would join them, but before we could we needed a bit of practice! 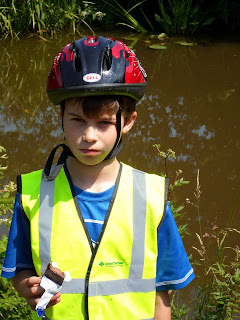 For the last 3 weeks we have been doing short bike rides around the country lanes and Luke has been riding the tag along bike behind Mark. Last Sunday we thought we had better try a longer ride as the Guild Wheel weekend was getting closer and the longest ride we had done was only about 7 miles. We planned a route that involved passing a pub and a garden centre so that we could stop for a break if Luke was getting fed up!

As the weather has been so nice recently it was lovely cycling in the sun and it was very picturesque cycling along the canal. 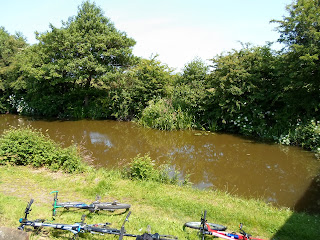 We reached the pub and as Luke was enjoying the ride we decided not to stop and carry on to the garden centre where we planned to have an ice cream. 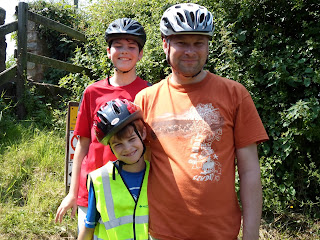 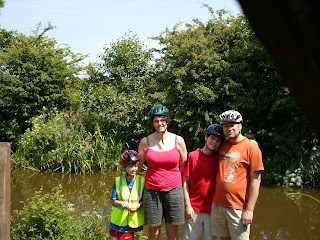 Once we reached the garden centre we had a well deserved ice cream before setting off back home. The way back was mainly uphill so it was quite hard going and William and I had to walk up one of the hills but we made it home and everyone had a good day out. 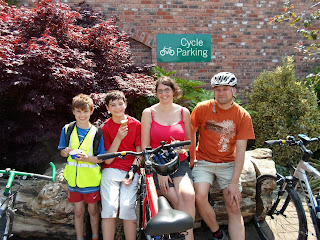