When Moneysupermarket asked us if we would like to take part in their Road Trip Challenge I knew just the place to go. I haven't been to the Trough of Bowland for a couple of years and thought it would be the perfect road trip for us. When we were children we used to go and visit Uncle Joe, who was the gamekeeper in the Forest of Bowland every school holiday and we  always had a great day out. As he was the head gamekeeper we were allowed to go to areas that the public weren't allowed to go to and we also used to go and check the young pheasants with him. As children we didn't appreciate the beauty of the place but driving through it now it is a very beautiful part of the country and we are so lucky to live quite close to it. 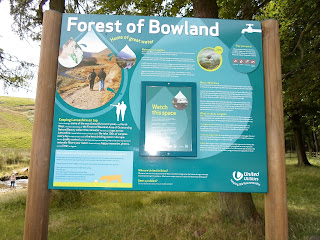 Moneysupermarket kindly gave us £50 for fuel so our first stop was Booths to fill the car and I also picked up some pork pies, tomatoes and fresh bread for a tasty picnic. Once the car was filled up we set off on our trip.

I had invited Dad to come along with us and on the way he was telling us about the farms we passed, who used to live there and also what animals and farm machinery he had bought from the different farm sales over the years. We overwinter sheep at our farm and they come from a farm in the middle of the Trough of Bowland so the boys were trying to see if they recognised any of the sheep at the sides of the road! He also told us that they used to have a drive round the Trough of Bowland with his parents and they always had an ice cream as a treat. Unfortunately on our trip there were no ice cream vans but this is probably because we went on a Friday. Next time we'll go at the weekend and hopefully the ice cream van will be there.

We had initially planned to stop at Dunsop Bridge and eat our picnic but there was no where to park so we continued our trip and stopped at the bottom of the large hill and had our picnic at the side of the river. 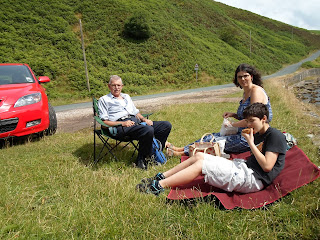 There were plenty of sheep wandering around and perhaps they were the ones Dad has been looking after. Luke did ask them but all he got out of them was a baa! 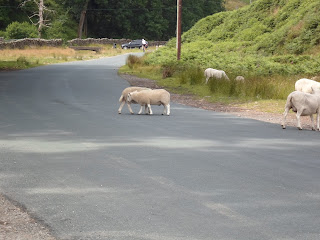 After lunch Luke went to play in the river, he had fun throwing stones and paddling and fortunately didn't get too wet. 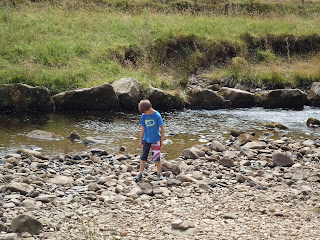 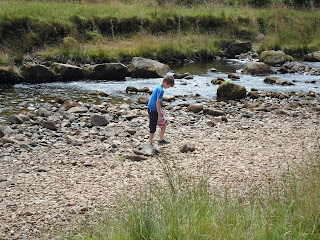 We sat in the sun for a bit, watching Luke play and then we continued on our trip. We drove to The Shooting Box which is where Uncle Joe used to live. The main house is behind a big hedge so it was tricky getting a photo, but this building is next to the dog pens and we used to play in here when we were children. 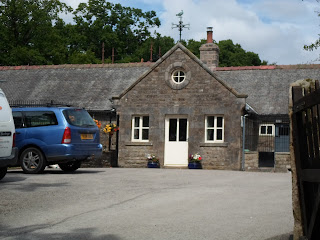 We all had a great day out and it was fun driving through the Trough of Bowland. We travelled home over Harris End and enjoyed the scenery and all agreed it was a great road trip and one that we will do again over summer. 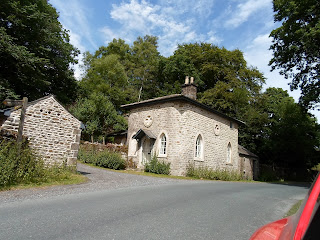 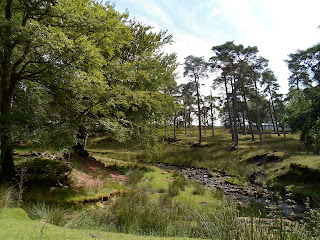 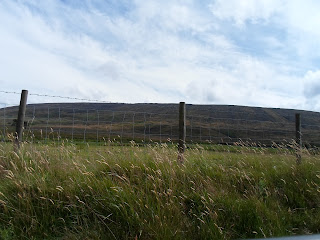