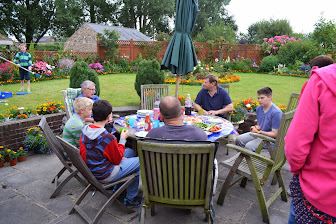 It was Mum and Dad's Ruby Wedding Anniversary last year and Mum decided that they would have a family barbecue to celebrate reaching 40 years of marriage. Unfortunately the weather  last year was terrible and so we never managed to have the barbecue so when Moneysupermarket.com invited me to take part in The Charcoal Challenge I immediately though of Mum and Dad's postponed barbecue. I spoke to Mum and suggested we have a belated anniversary barbecue at the weekend and she thought it was a great idea. Typically  the weather decided to change with Sunday being very overcast but it was still warm enough to sit out and enjoy the party.

We have some fantastic local butchers and farm shops nearby so we were really spoilt for choice. We ended up with minty lamb burgers, beef burgers, kebabs, piri piri chicken and chicken drumsticks. We didn't need to buy any sausages as we still have lots of homemade ones in the freezer so we just defrosted a couple of packs! 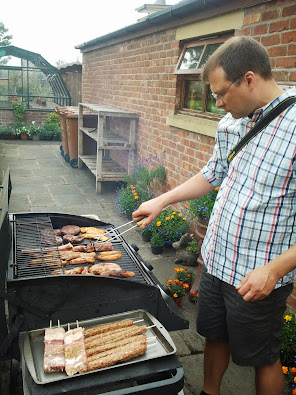 So that the children had something to play with I managed to find a swingball at the car boot sale which cost me £5. 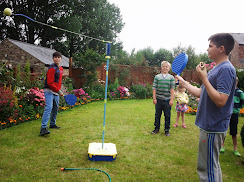 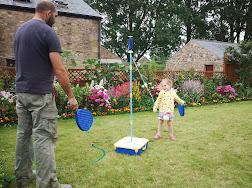 Moneysupermarket.com kindly gave me £50 to throw the ultimate summer barbecue and this is how we spent the money.

We overspent slightly as our grand total was £51.35 but considering that there were 8 adults and 9 children I don't think we did too bad. 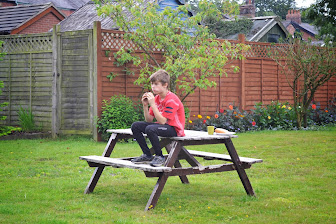 If you would like to see the other entries in The Charcoal Challenge you can use the hash tag #TheCharcoalChallenge on Twitter.
Posted by cath at 21:30