On Saturday we helped my brother with his rugby club bbq. There was a bouncy castle, slide and sumo suits for the children to play with and pitches were marked out for rounders and cricket. 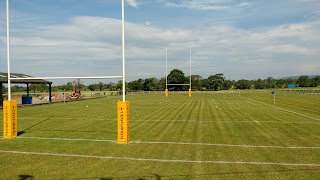 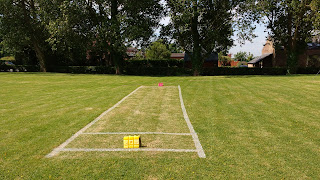 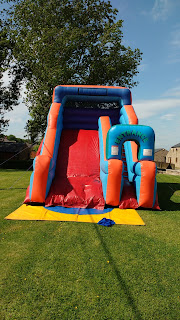 William and Luke both had a go with the sumo suits although Luke wasn't much of a match for William. Whilst Charlie fitted in the suit, once he fell over he couldn't stand up again and had to be helped up but he still enjoyed it! 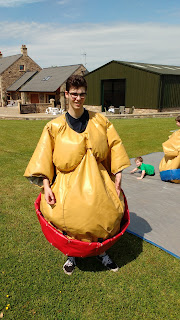 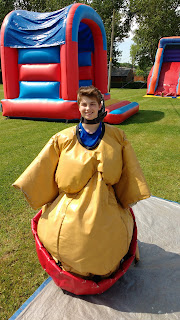 The children had lots of fun and when they were hungry there was plenty of food for them. We catered for about 100 people and had two huge gas burners with giant frying pans to cook on. They worked really well and with four of us cooking we quickly got organised and made sure all the food was ready at the same time. 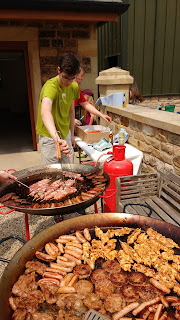 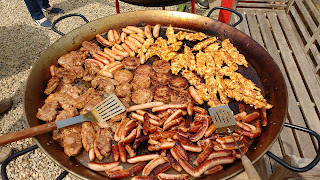 Everyone had a great time and it was the perfect way to end the rugby season.
Posted by cath at 20:14