Dress Your Head Up 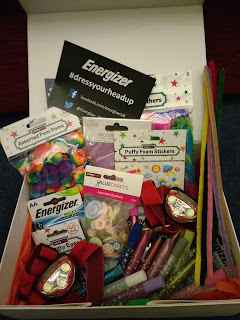 A few weeks ago we received a lovely box of craft items from Energizer along with some headtorches so we could take part in their "Dress Your Head Up" project. Luke enjoys crafts and quickly got started using some cardboard as a base for his design. He spent the morning decorating his headtorch and said it was fun doing something a bit different. He also suggested that I get the Cubs to have a go at decorating headtorches next time we are on camp, I always ask them to bring a headtorch so it will be a great activity and will hopefully keep them occupied for a while! 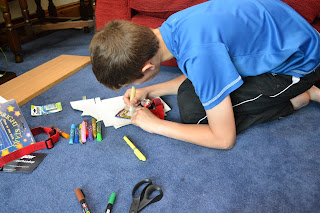 When we looked in the box there were plenty of different materials to use on the headtorch. Luke especially liked the glitter glue pens and after he had played around with a few different designs finally decided just to use the glitter pens on the cardboard creating a rainbow effect. 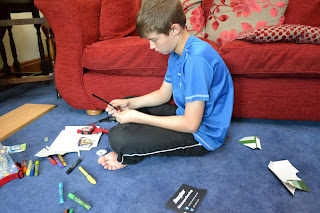 This is his finished headtorch. 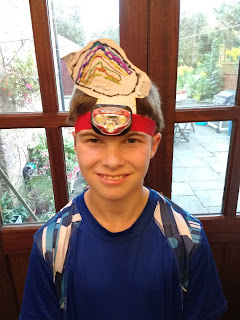 William also had a go at decorating one too, he has three pipe-cleaner circles in his design which I thought was perhaps influenced by the Olympics however when I asked him he said it wasn't! 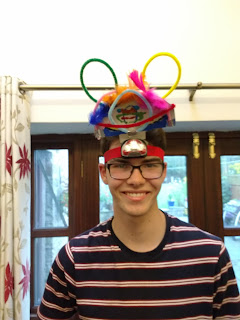 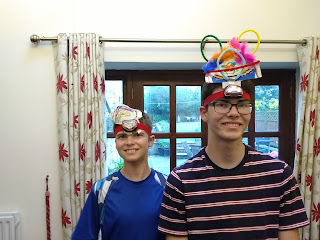 The headtorches are great, they are comfortable to wear and can be adjusted to fit all sizes of head. The torch has a really bright beam and there are three different brightness settings and the beam can also be angled. It takes 3 AAA batteries.

We will get plenty of use out of these headtorches especially as the nights start drawing in once we get to September.


Disclaimer - we received headtorches and craft items for the purpose of this review but all words, photos and opinions are our own.
Posted by cath at 20:28