80 Years of Adventure at Great Tower 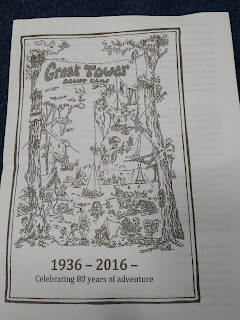 On Wednesday we travelled to the Lake District to help celebrate 80 years of Scouting at Great Tower. Close to the shore of Lake Windermere, Great Tower Scout Activity Centre is set in 250 acres, with plenty of woodland to explore as well as natural rocky crags for climbing. We have spent many happy summers as campers on various large and small camps, have helped develop the site as members of the summer staff and done lots of work inside and out as members of the Crew. We also have lots of great memories of the festivities at VFB, our annual Christmas party. Mark also did a stint on the GT Management committee helping to develop GT when West Lancs County Scout Council ran the site.

Now West Lancs don't run the site we don't go very often and it has been a while since our last visit so we were pleased that the celebration had fallen on the week we were off work meaning we could go. Unfortunately with it being a Wednesday a lot of people who have worked on the site over the years were unable to attend but it was nice to see a lot of the older Scouters who were able to go. We were at the 60th birthday camp which really doesn't seem 20 years ago! The celebration started in the traditional way with a brew and biscuits in the Bield where there were plenty of old photograph albums of the site. We managed to find a few photos of me but we couldn't find any with Mark in but it was nice reminiscing and spotting familiar faces. There was a nice service in the chapel which John Seed led and a rousing rendition of If I had a Hammer with Brian Rollins on guitar. 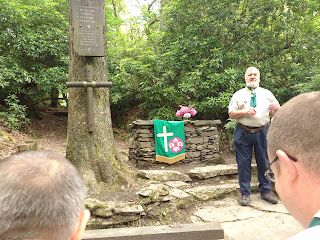 After the service long service awards were presented to Steve Mather and Pete Sturgess who have both done a lot of work at Great Tower. We then had a lovely lunch in the sunshine before a walk around the site. 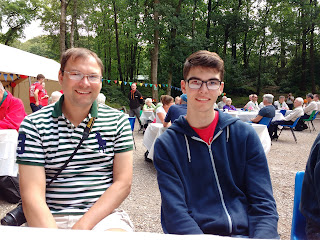 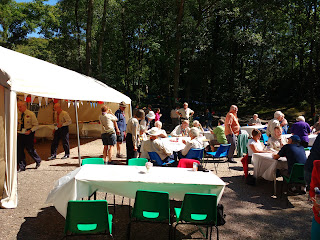 We walked up to Tower Rock, one of my favourite parts of the site. The views over Windermere were stunning and it was nice sitting in the sun and sharing memories of GT with friends. 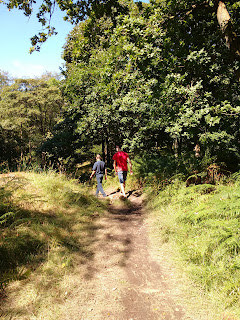 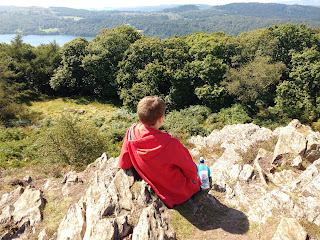 Stig was on hand to help transport the older members of the party up to Tower Rock and we had a photo taken of us all on Tower Rock. 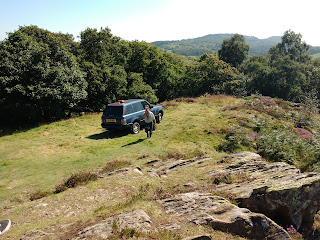 No birthday party is complete without a cake and there was a beautiful cake that had been made by one of the staff at GT. 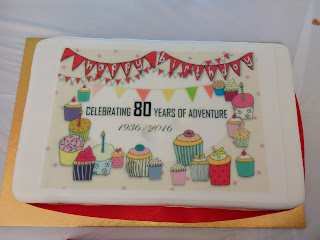 We had a lovely day out and I am sure we will be there again in 20 years to celebrate the 100th birthday.
Posted by cath at 11:47