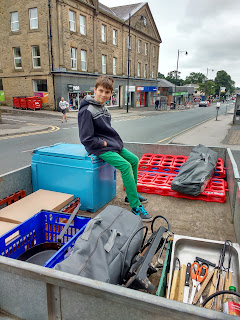 Last weekend was our annual charity bbq at work, Mark is in charge of the cooking so we collected some equipment from the Scout hut on our way. This year the charity we were supporting was a local autism charity, nominated by one of our site managers whose daughter is autistic.

We collected some wood from the joiners shop and quickly got the bbq lit so it would be ready to cook on when people started arriving at 12pm. Luke was a big help and is a true 1st Longridge Scout as he loves messing with fires! 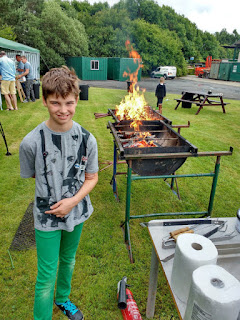 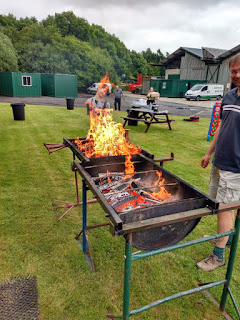 Once the flames had died down we put the charcoal on and once we had embers we were ready to cook. 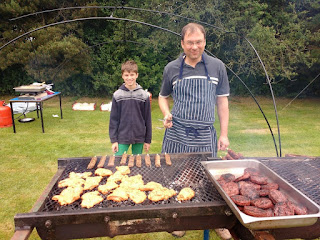 We catered for about 140 people, it was hard work but the day went quickly. The day stayed fine until about 3pm when people were gong home so overall we were very lucky. We raised just over a £1,000 which was fantastic.