Working in the garden 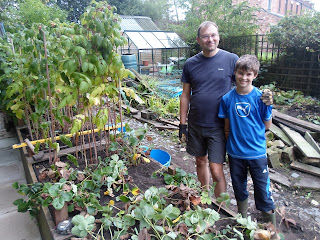 The weather has been lovely recently so we have been able to get some work done in the garden. Mark has been altering the raised beds so they now run alongside the hedge and he has put a row of flags around them which not only makes them look much tidier but makes picking fruit much easier. The raspberries and strawberries have been replanted and seem to have survived the move quite well. 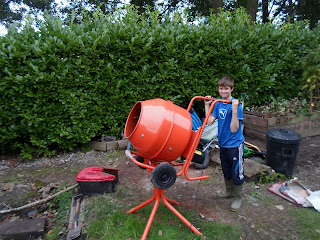 Luke has been in charge of mixing the cement, a job he really enjoys! 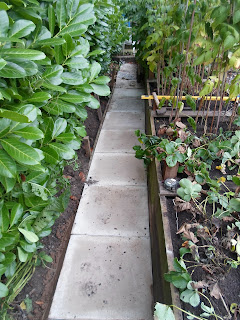 Luke has also repainted my black pots, they were starting to look quite shabby but they look like new now. 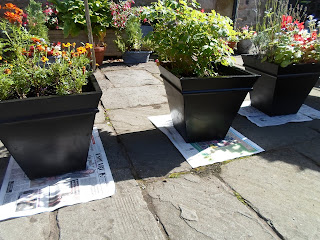 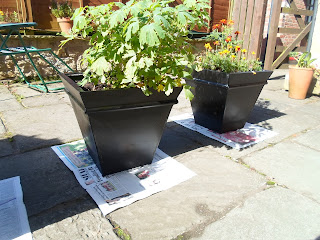 There is still plenty of work to do but not having to mow the grass anymore, thanks to our Husqvarna Automower has meant we have had much more time to do jobs in the garden this summer. 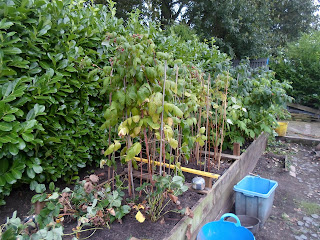