Cycling in the countryside 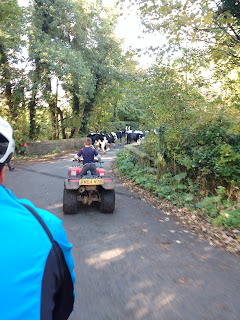 We had an eventful bike ride on Saturday and ended up herding cows! We had set off and weren't far from home when we came across a farmer moving some cows. Being a farmer's daughter moving cows is something I am used to so when they got into a garden we just put the bike down and helped! Chatting to one of the children we were very surprised when he said where the cows were going to as it was a good way away and part of the journey was on a busy road. I have moved cows lots of times and you need plenty of people, especially when they are on the road however this farmer was attempting it with just two quads and two children.They had put baler twine across gateways but this wasn't enough for the inquisitive cows who wanted to explore the gardens. Luckily we were there to help and another local farmer who was passing helped too. Mark helped get them out of the second garden and we then went a different way to the cows as we needed to get on as we were going to Mark's Mum and Dad's for tea. We had originally intended cycling over Harris End but we had lost too much time so we did a shorter route so we would be back in time. 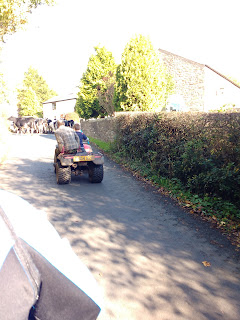 It was a lovely afternoon and the views of the fells were stunning. 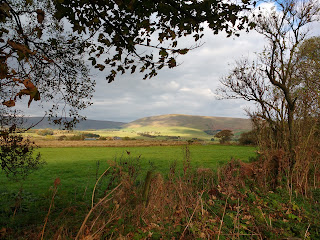