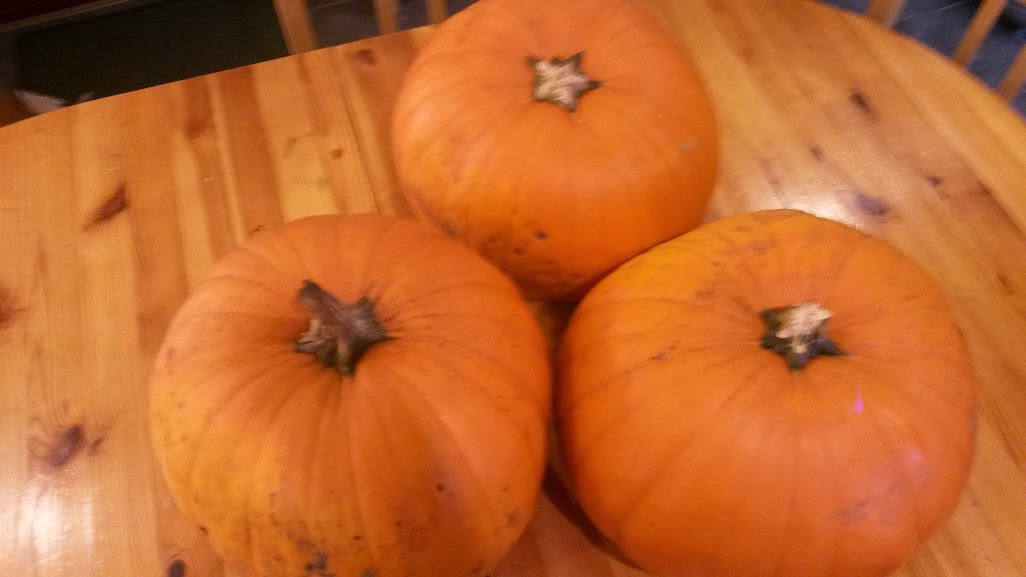 With Halloween fast approaching we spotted these huge pumpins for sale at the local greengrocers, they were a bargain at £5 for the three. Luckily Mark was with me and the car was parked close by so between us we managed to carry them all.

Luke wanted to carve one so he started by taking all the seeds out. 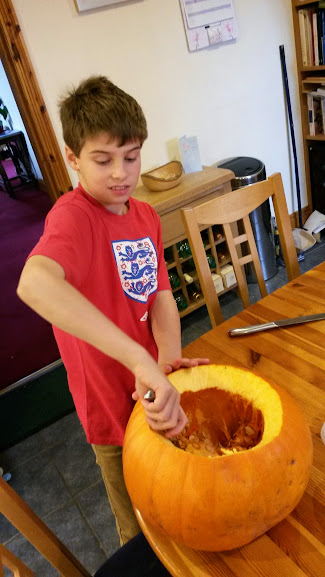 It is quite a messy job but at least it was a big pumpkin so it was easy enough to get his hands in and get rid of all the seeds and loose strings of pumpkin. 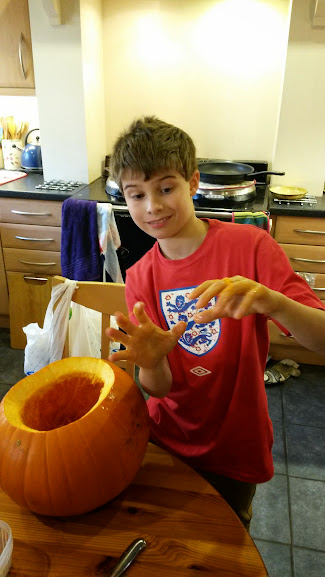 He drew a face on the front and I helped him cut it out. Instead of a candle we used a pumpkin talker that Auntie Fiona sent in her Halloween parcel. It is really good as it lights up the pumpkin with a flickering light and also has a sensor so it talks when someone passes. 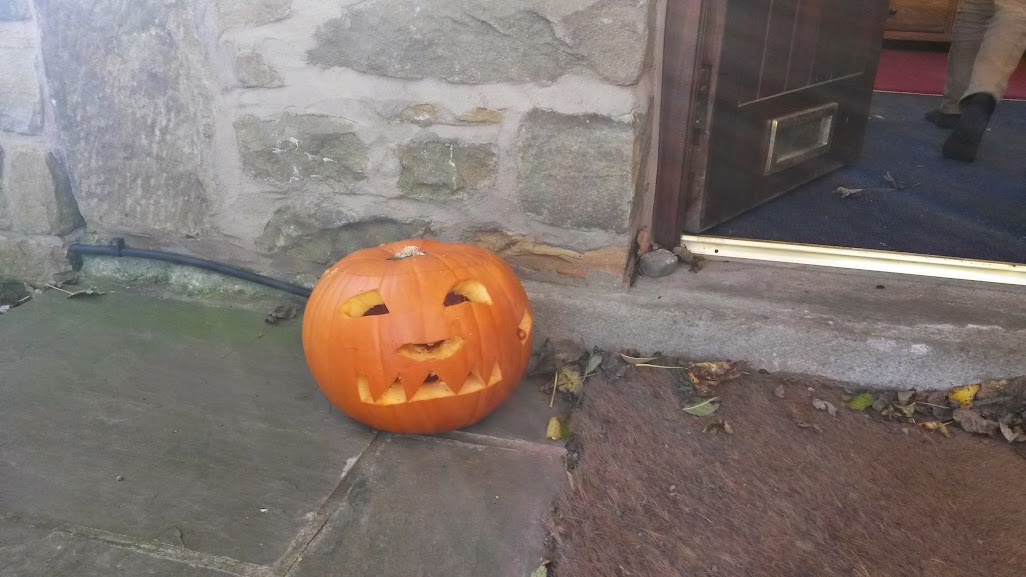 We have been cooking with the other two pumpkins, so far we have made pumpkin soup, pumpkin fritters and pumpkin pie which I will write about later.