A couple of years ago Mark's Mum said she had always wanted to climb Snowdon, Mark has been up a few times but I hadn't so we said that we would go with them and make a weekend of it. We did lots of practicing, walking on the local fells to get fit and I am really glad we made the time to fit in all the fell walks as it really did make a difference. Mark's friend has climbed Snowdon a lot so Mark asked him which was the best route to take and we chose a quieter route setting off from Rhyd Ddu station. We arrived just before 9am and although the car park was filling up we managed to find a space. 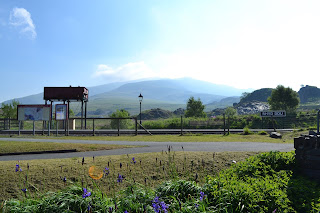 Even at 9am it was lovely and warm and the forecast was perfect all day so we left the water proofs in the car, slapped on the sun lotion and set off. 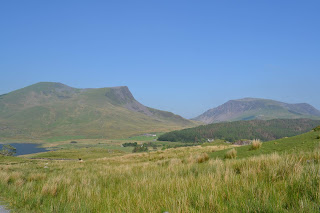 The views on the walk were amazing, Snowdonia is such a lovely area and I never tire of the scenery.

Most of the walk was on tracks but there were a couple of scrambles which Luke enjoyed. 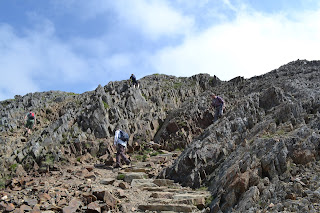 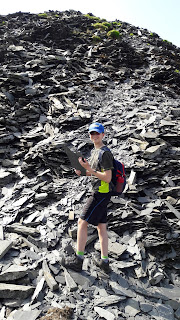 It was a very nice walk to the top, it took us about 3.5 hours but we did stop a lot to look at the views and have a drink. It was so hot we needed to make sure we stayed hydrated! 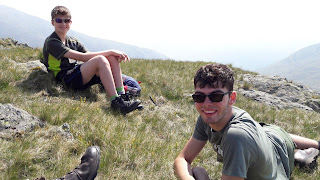 As we approached the summit you could see the other paths leading to the top and we couldn't believe the number of people who were on the tracks. We had only met a few people on our route and all of a sudden there were people everywhere! When we reached the very top it was even worse because the train had just arrived and there were hundreds of people sat chatting and eating lunch. I really didn't like the top at all, there were just too many people about and after eating our lunch we quickly set off again. 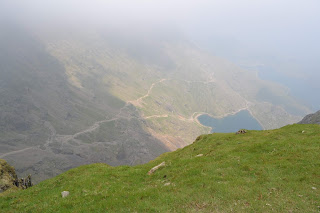 The descent took much longer as it was so hot and there were a lot more people about. As soon as we left the top the cloud rose again and we had brilliant blue sky for the rest of the day. We had a really nice day and it was good to spend time together. We finished the day with a nice meal at a pub and are planning to try Ben Nevis next! 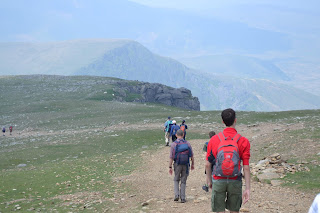 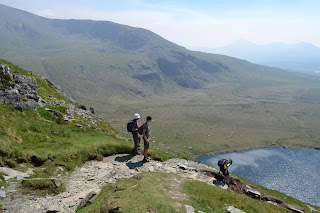 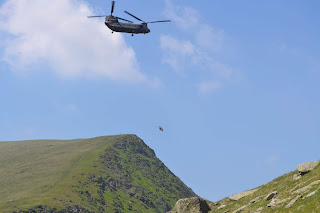 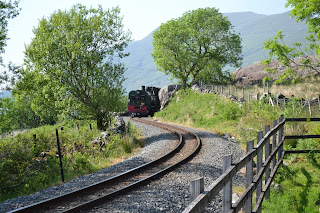