We enjoy playing board games and now the nights are cold and dark we have decided to start our Sunday night board games night again. 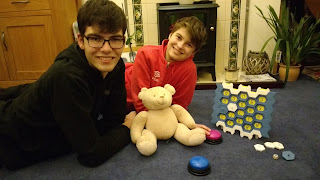 This week Luke chose Blockbusters, this is a game I had as a child based on the TV quiz show presented by Bob Holness that was popular in the 80's. The boys had never heard of it but that didn't matter.

We adapted the rules a little as the original game didn't have a question master. Mark took on the role of question master and we used our answer buzzers to make the game more like the TV show. We even suggested Luke got his teddy as the teams on TV always had a mascot! 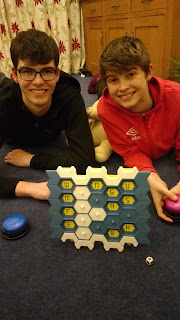 The boys were the blue team and I was the white. We played a few games and as my general knowledge was better than the boys I was the overall winner! 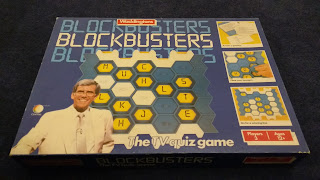