We were very busy at Cubs this week doing lots of Christmas crafts. William is in Explorers now and has started coming to Cubs as part of his Platinum award and he is a really good help. He spent Tuesday evening pressing green heart shapes out of thick paper to make the Christmas trees. The Cubs then stuck the hearts onto the card and added sparkles which were really effective. 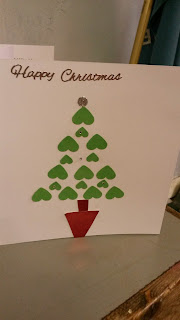 I bought the cracker kits a couple of years ago for a winter camp and they didn't all get used so we had a go making them this week. We used felt tips rather than the crayons that came in the kit and they turned out really good. They were very tricky to slot together but after I had done about 10 I had got the hang of it! 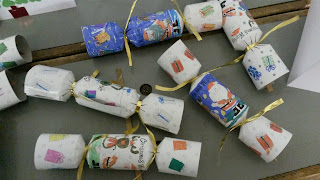 Luckily I had bought new felt tips this week so they were able to use them on the calendars. The Cubs split the paper into 4 and drew a scene for each season. 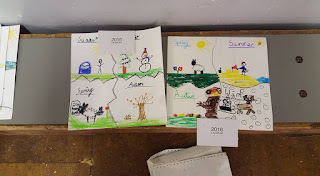 Dorothy also found a Christmas tree activity on the internet, it was very messy but the Cubs enjoyed making them. They put a large marshmallow in the microwave and when it had melted they stirred rice crispies into it. They then shaped it into a tree shape and added decorations. The base was made out of nutella and ryvita. Not everyone had a chance to make one so we will make the rest next time. 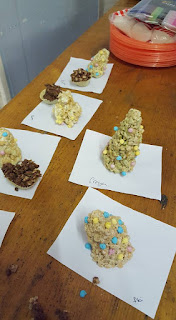 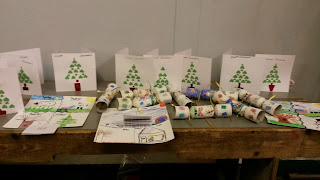